Kernels of Nonsense is a bimonthly feature where I discuss various bookish topics. Today I’m going to talk about my somewhat obsessive love for the literary relationship that changes from contentious to romantic.

I’m talking about the I-kind-of-hate-you-and-I-always-feel-the-need-to-argue-with-you-and-no-this-isn’t-sexual-tension-I’m-feeling-because-I-hate-you-okay-maybe-I-like-you-a-little kind of relationship. It’s the one in which two characters are seen butting heads more often than not. I like to refer to it as the Elizabeth-Darcy relationship because these two literary characters spend the majority of Pride and Prejudice not seeing eye-to-eye and because most P&P retellings underscore the discord between the two leads.

For those who haven’t read Pride and Prejudice (I encourage you to do so), Elizabeth Bennet and Fitzwilliam Darcy get off on the wrong foot. After overhearing him call her “tolerable” and witnessing his utter lack of cordial manners, Elizabeth is convinced Darcy is an arrogant jerk. Darcy, on the other hand, notices Elizabeth only long enough to acknowledge her existence and see the insufferable impropriety of her family.

What I love about the shift from “I hate you” to “I kind of like you” is the character development. Two characters, equally stubborn, must undergo change in order to move from the idea that the other is completely incompatible to being head-over-heels in love. Instead of the traditional wooing through pretty words and long walks, two characters grow together and eventually find common ground through their confrontations.

Contention is good. Contention adds to a story through its characters rather than through the plot. Contention also shows equality. It implies a challenge from both parties and I love it when characters (especially romantic interests) challenge one another. It builds tension and gives both characters a chance to shine. And even after the two finally acknowledge their feelings, this contention does not have to end because let’s face it, sometimes watching two characters argue is just fun.

Usually there is a period of time when only one party holds romantic feelings for the other and the other character is either still in denial or still dislikes the other. Here we have the unrequited-love aspect of the Elizabeth-Darcy type of relationship. Some people are not fans of unrequited love, but I think that if you know the direction of the story, unrequited love can be utilized to draw the reader in.

A contentious relationship also employs the will-they or won’t-they trope. This is what keeps readers reading. It can at times be agonizing and may or may not induce the reader to yell at said book (I may or may not be speaking from personal experience). If this is the case, the reader is lost to the story, he or she is invested, and he or she will stick with the story until the end.

Any book with a romantic story more akin to the slow-burn than the insta-love trope is appealing in my eyes. I like seeing characters’ beliefs and prejudices challenged. I like the idea that two individuals, equal in strength, can learn from one another even if they are reluctant at first. I like seeing two characters, who may disagree, find that they may be more alike than they thought. I like seeing the moment when they realize their compatibility is undeniable.

Here are a few of my favorite books which feature the contentious relationship:

(links will take you to Goodreads)

Heir to Sevenwater by Juliet Marillier

These Broken Stars by Amie Kaufman and Meagan Spooner 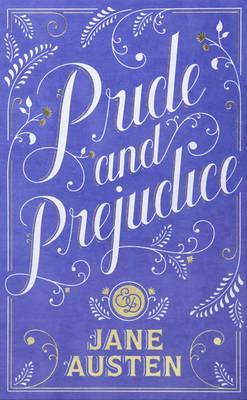 “Elizabeth, feeling rather anxious, was determined to go to her, though the carriage was not to be had; and as she was no horse-woman, walking was her only alternative. She declared her resolution.

‘How can you be so silly,’ cried her mother, ‘as to think of such a thing, in all this dirt! You will not be fit to be seen when you get there.’

Pride and Prejudice by Jane Austen is my favorite book and since I have been participating in a read-a-long of the classic this month, I thought I’d spotlight it seeing as this is our final week reading it. This excerpt is taken from my annotated copy of P&P and is very telling of both Elizabeth’s and her mother’s characters. Elizabeth, upon hearing her sister has been taken ill, is determined to see her, and her mother is only concerned about how her daughter will look upon arrival.

Feature and Follow is a weekly blog hop hosted by Parajunkee and Alison Can Read where bloggers are given an opportunity to discover new blogs and gain new followers. The rules:

1. (Required) Follow the Hosts {Parajunkee & Alison Can Read}
2. (Required) Follow our Featured Bloggers
3. Put your Blog name & URL in the Linky thing.
4. Grab the button and place it in a post, this post is for people to find a place to say “hi” in your comments and that they are now following you.
5. State in your posts how you would like to be followed
6. Follow Follow Follow as many as you can, as many as you want, or just follow a few. The whole point is to make new friends and find new blogs. Also, don’t just follow, comment and say hi. Another blogger might not know you are a new follower if you don’t say “HI”
7. If someone comments and says they are following you, be a dear and follow back. Spread the Love…and the followers
8. If you’re new to the Follow Friday hop, comment and let me know, so I can stop by and check out your blog!

If you haven’t had the pleasure of watching The Lizzie Bennet Diaries on YouTube, I suggest you click the video below and let it suck you into its awesomeness. Fans of Pride and Prejudice, rejoice! Even if you aren’t a fan, there is a lot to enjoy in this modern-day P&P adaptation.

Side note: if you do have a WordPress blog, it’s best to follow me through their reader (and I’ll follow you back).