I really enjoyed Natalia Sylvester’s previous YA novel, Running, and have been really looking forward to Breathe and Count Back from Ten. I am especially excited about the disability and Peruvian rep in this one. Both I would love to see more of in books by Latinx authors. This one comes out next week, so be sure to add it to your TBR! Cover is linked to Goodreads. 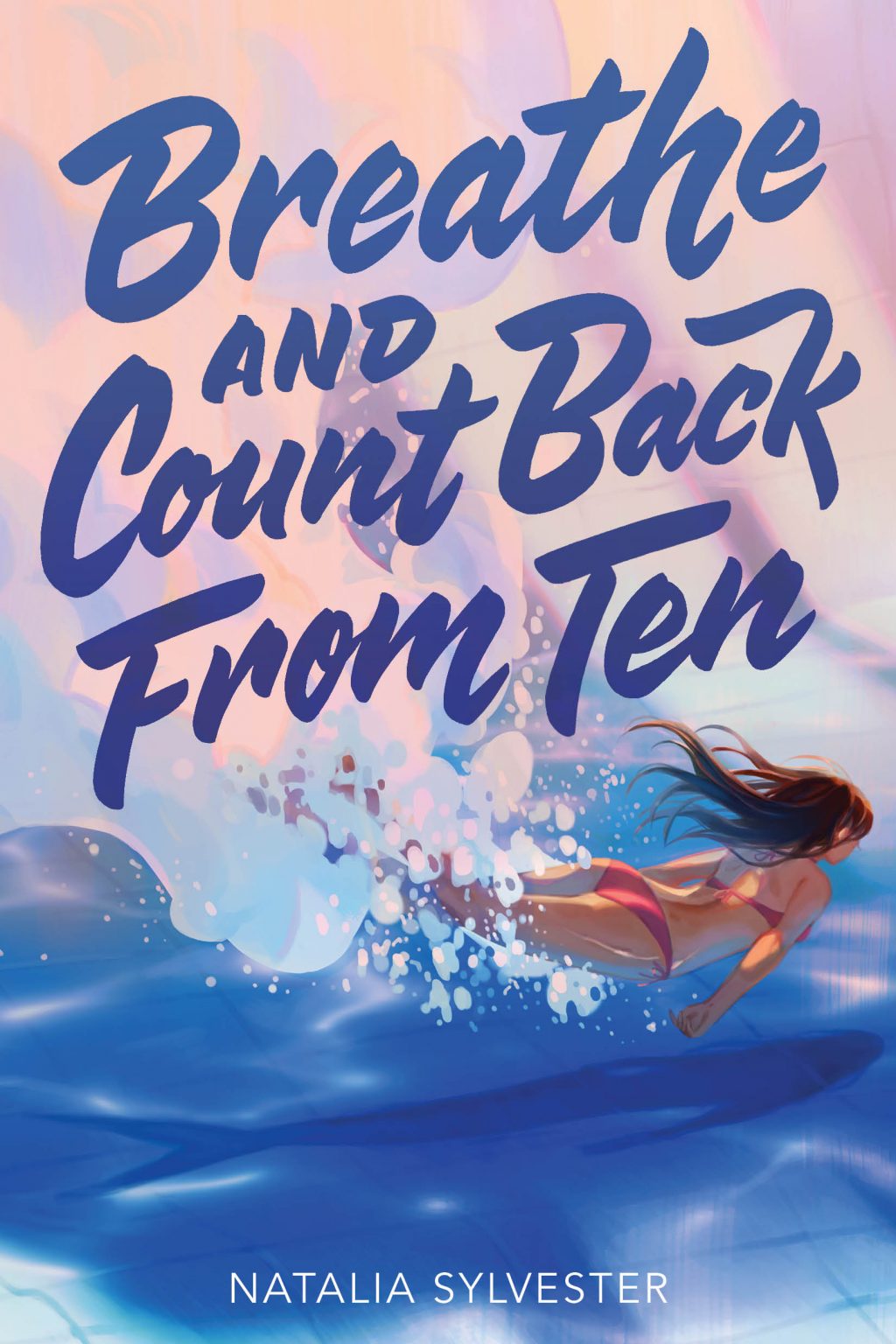 “Verónica has had many surgeries to manage her disability. The best form of rehabilitation is swimming, so she spends hours in the pool, but not just to strengthen her body. Her Florida town is home to Mermaid Cove, a kitschy underwater attraction where professional mermaids perform in giant tanks . . . and Verónica wants to audition. But her conservative Peruvian parents would never go for it. And they definitely would never let her be with Alex, her cute new neighbor. She decides it’s time to seize control of her life, but her plans come crashing down when she learns her parents have been hiding the truth from her—the truth about her own body.”

I have quite the backlog of reviews in my drafts right now. I am actually still formatting reviews for the month of October. And while I actually like having at least one or two reviews in my drafts (I always like having them for rainy days if I don’t have any other posts planned) having more than four makes me feel very behind. One day I will learn to go with the flow, but for now, I will stress about this little thing.

Natalia Sylvester delivers a pertinent novel for our time with her newest YA, Running. Cuban-American teen, Mariana Ruiz, has her world irrevocably altered when her father decides to run for president. Though her father has been involved in politics for as long as she can remember, now that she is older, Mariana is beginning to understand the toll his career has been taking on his family. More than this, Mariana’s own views of the world are beginning to take shape and many of them stand in direct opposition to her father’s. She must decide if she is willing to use her voice and newfound platform to speak up for what she believes. Mariana is a fairly young teen. At fifteen her view of the world is changing and with it, her view of her father. Mariana begins to realize the inconsistency in what her father says versus what he does. When she meets Jackie, an activist and classmate, she is further challenged to confront her ignorance. Speaking up is equal parts empowering as it is terrifying, especially for someone who has stage fright and has spent the majority of her father’s campaign wishing she could stay out of the spotlight. Running is perfect for teen readers who are just beginning to discover the power of their voices in shaping the political world.

Ibi Zoboi and Yusef Salaam’s Punching the Air tells the story of how hope survives even in the most dire of circumstances. When Amal Shahid is wrongfully convicted of the brutal beating of a white boy, his world is shattered. Sent to a juvenile detention center, Amal’s spirit is crushed again and again. His only refuge is a poetry class, a place where the words that have been simmering inside him can finally break free. As a Black teen, Amal has spent his whole life boxed in. Though labeled disruptive in school, Amal is a sponge, desperately craving knowledge. He is an artist who wants nothing more than to express himself and be seen. His incarceration is a cruelty that he can barely endure, the dehumanization just another reminder that the world does not see him. Despite this, Amal finds a tiny sliver of hope, claws his way to it, and grabs hold. Punching the Air is an emotional journey, gut-wrenching but beautifully written, haunting and hopeful all at once.