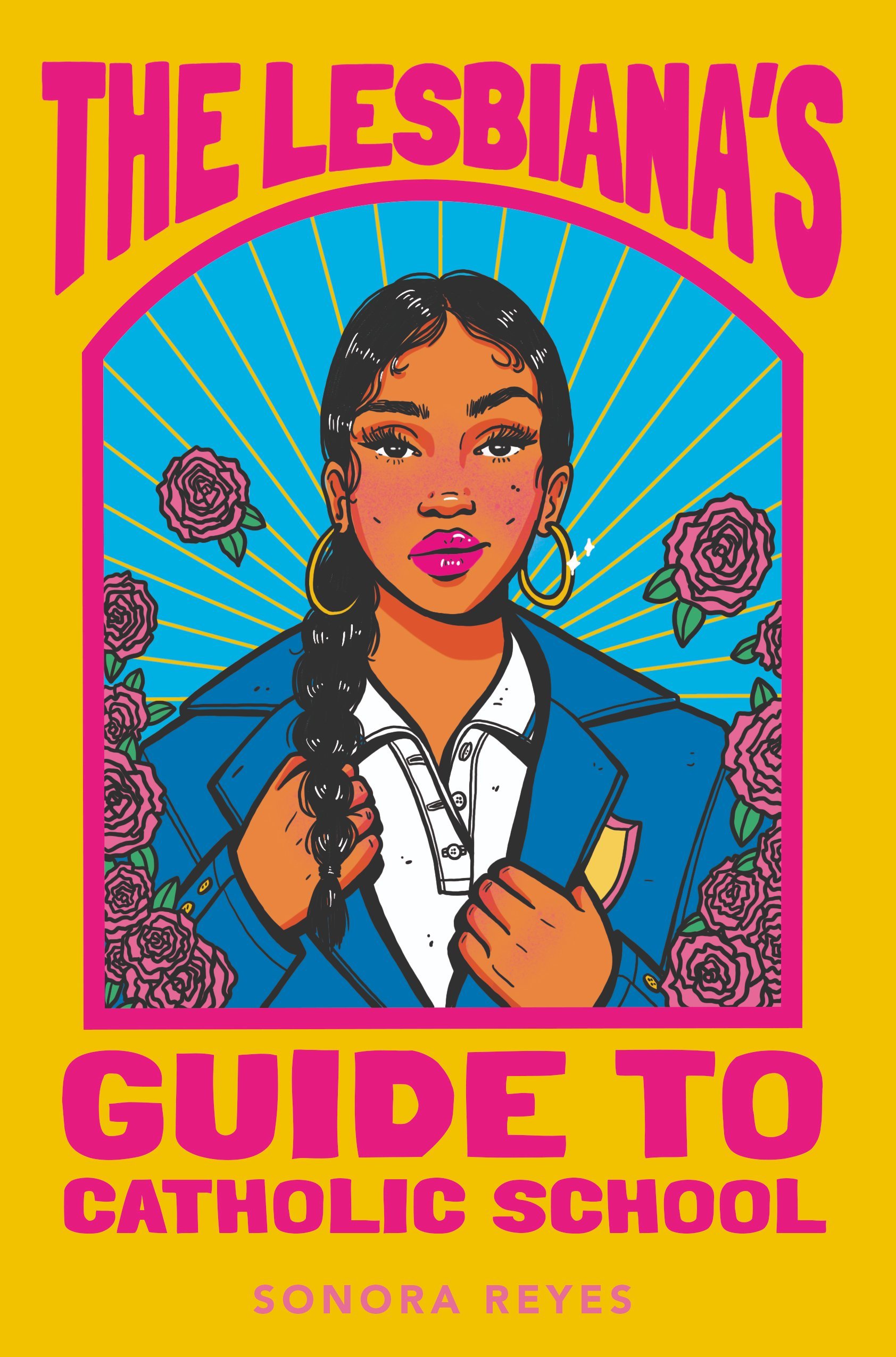 “Sixteen-year-old Yamilet Flores prefers to be known for her killer eyeliner, not for being one of the only Mexican kids at her new, mostly white, very rich Catholic school. But at least here no one knows she’s gay, and Yami intends to keep it that way.
After being outed by her crush and ex-best friend before transferring to Slayton Catholic, Yami has new priorities: keep her brother out of trouble, make her mom proud, and, most importantly, don’t fall in love. Granted, she’s never been great at any of those things, but that’s a problem for Future Yami.
The thing is, it’s hard to fake being straight when Bo, the only openly queer girl at school, is so annoyingly perfect. And smart. And talented. And cute. So cute. Either way, Yami isn’t going to make the same mistake again. If word got back to her mom, she could face a lot worse than rejection. So she’ll have to start asking, WWSGD: What would a straight girl do?
Told in a captivating voice that is by turns hilarious, vulnerable, and searingly honest, The Lesbiana’s Guide to Catholic School explores the joys and heartaches of living your full truth out loud.”

Sonora Reyes’s The Lesbiana’s Guide to Catholic School chronicles the conflict Yami, a Mexican-American queer teen, feels when she is forced to keep an important part of herself hidden in order to protect herself from a bigoted world. Yamilet Flores is determined to reinvent herself at Slayton Catholic School. After being rejected and outed by her ex-bestfriend, Yami is looking for a fresh start. Her life is already complicated enough with her father stuck in Mexico and her mother always on her case about looking after her younger brother, who is prone to getting into trouble. Pretending to be straight is just something else she has to put on her shoulders. But then she meets Bo, who is the only gay girl out at her new school. Independent, unapologetic, and outspoken, Bo is magnetizing. The closer Yami grows to Bo, the harder it becomes to stay in the closet, especially when she starts catching feelings for her.

The Lesbiana’s Guide to Catholic School explores queerness, religion, and the guilt that often follows those raised in a conservative church setting. Yami isn’t ashamed of who she is, but that doesn’t mean she is immune to the barrage of voices telling her she’s sinful and that God made her a lesbian just to send her to hell as a result. It doesn’t help that these views are often echoed by her mother. Like many queer teens, Yami has to factor in the potential negative reaction of her parents to her coming out. She has to prepare herself for the worst, both emotionally and financially. The book also addresses the toll this decision takes on teens’ mental health, whose options are limited when they are so reliant on the adults in their lives. Reyes captures emotion so well in this debut and as a reader, you feel every heartbreak, every moment of disappointment, and every moment of longing the characters have for the simple privilege of being themselves.

Yami is angry and frustrated with her life, but she doesn’t have the luxury of sharing these feelings openly. She knows she can’t be her full self, no matter how much she might want to. She’s weighed down by this and the knowledge that if she were to come out, her mother is likely to kick her out. Slayton Catholic turns out to be an exhausting experience. Between the microaggressions from her peers and the homophobia from school staff, Yami feels like she is barely hanging on. But Bo and her friends offer her refuge that isn’t used to. They make her feel like she could be herself, that it’s possible for her to come out and not be rejected by everyone around her. Yami is particularly drawn to Bo, her fierce independence, and how she is unapologetically herself. I really appreciated that Bo wasn’t just a love interest, but had her own issues she had to deal with herself.

Yami loves her family, but they are a constant point of frustration for her. As the older sister, she is expected to keep a close eye on her brother, Cesar, who is incredibly intelligent but who hasn’t learned how to keep himself out of trouble. Sometimes it feels like the only thing her and her mother talk about is her brother. Yami’s wants and needs are constantly taking a backseat. Yami is much closer to her father, but his deportation has made it impossible for them to ever be together again as a family. Having a parent-shaped hole in her life isn’t easy, especially when it feels like he is the only one who hears and sees her. I loved Yami’s relationship with her brother. Despite their differing dynamics with both of their parents, it’s easy to see how much they love each other. The moments they get to be honest with one another without fear of judgement were some of my favorite scenes in the novel.

Sonora Reyes’s The Lesbiana’s Guide to Catholic School is at times heartbreaking, but also hopeful and healing; a stellar debut that celebrated queerness and acceptance.