I’m back from my hiatus a week later than expected. Y’all, November was the most exhausting month. One of my close family members got really sick and after being on two different antibiotics had to be admitted to the hospital with an infection that was resistant to said antibiotics. They were there a few days and then had to be put on another antibiotic at home. It was a really nasty infection that they are still recovering from. On top of that, we had our heater fail, a bathroom flood, and the water heater give out all in the span of a week and a half. So, yeah, I’m pretty exhausted and that’s why I ended up giving myself another week off from the blog. It actually does feel good to be back and I’m just hoping nothing else goes wrong as we close out the year. If you can believe it, I still read seven books in November which is basically a miracle. It’s a miracle that’s gotten me pretty close to 100 books for the year, so I’m going to go for it. I haven’t been able to read a physical book in a couple of weeks, but I’m still flying through audiobooks and I’m going to ride that wave all the way into 2023.

I read one of my favorite books of the year in November. I’m so glad I waited to pick up Sangu Mandanna’s The Very Secret Society of Irregular Witches. This fantasy romance was pretty much perfect and exactly what I needed at the time. It was quirky and magical and charm personified. If you love cozy fantasy reads, put this one at the top of your TBR! Cover linked to Goodreads.

Other Books I read in October:

No reviews posted this month.

Top Ten Tuesday: Ten Series I’d Like to Finish Sometime Soon – Let’s call ourselves out! Not my favorite kind of post to make, but maybe a necessary one.

Give a Book Tag – Love that I got a chance to do this book tag before I went on a hiatus.

Persuasion – I put this one off because of what everyone was saying, but I needed a distraction at the time, so decided to finally watch it. It met all my disappointing expectations. I feel like they wanted to make Anne Elliot Elizabeth Bennet and thus missed an opportunity to showcase probably the gentlest of Jane Austen’s heroines. Every time Anne broke the fourth wall was like a jump scare. I do think this could have worked better if it wasn’t a Persuasion adaptation and was something completely new.

20th Century Girl – This movie completely broke me. I am still recovering. I went into this thinking it was a cute love story that would make my heart ache just a bit. I was wrong! It’s been a while since I’ve cried so much watching something. If you are in need of a really good cry, this is the one for you.

I have no December releases on my TBR?!?!

What December releases are on your radar? What are you planning to read to close out the year? Let me know in the comments and be sure to leave a link to your own wrap-up post, so I can visit!

October just wasn’t a great month for me which was such a bummer since it’s one of my favorite months because of Halloween. Crossing my fingers that November is better. I’m kind of just ready to move on from this month and am just really sad I wasn’t able to enjoy the Halloween season as much as I wanted to. I read seven books this month. Less than I have been used to this year, but considering all the ups and downs I had, this feels like a huge accomplishment. Technically I have already reached my Goodreads goal of 50 books this year, but I’m lowkey aiming for 100 books. I am currently at 84, so I think I have a pretty good chance. I am planning to take two or three weeks away from the blog in November. I love my blog, but the holiday season can be truly exhausting and if I can give myself a little break, I will. 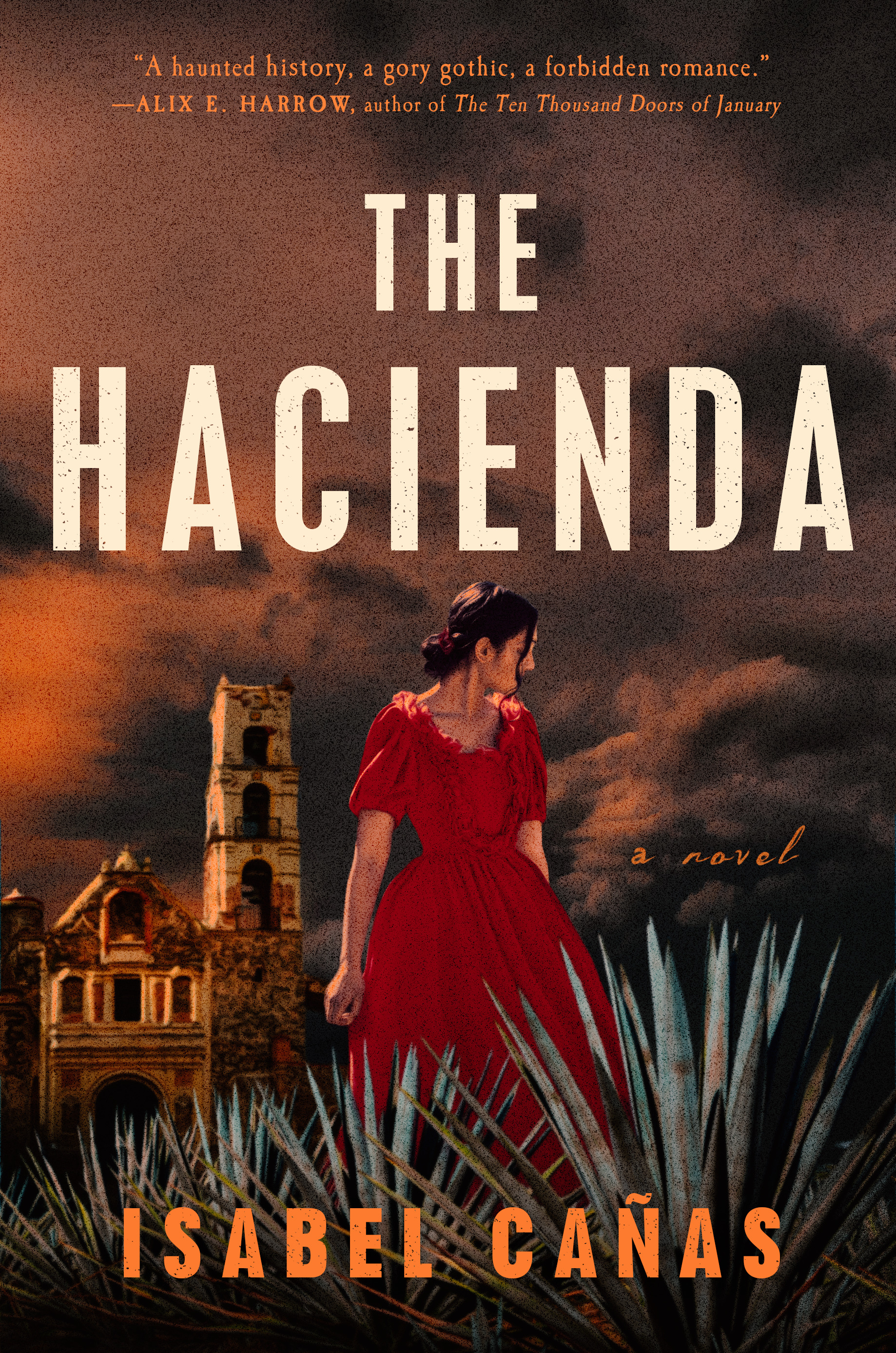 I absolutely loved Isabel Cañas’s The Hacienda. It was the perfect book for October. If you are looking for a good atmospheric gothic horror novel, this debut has to be on your must read list. Cover linked to Goodreads.

Other Books I read in October:

✿ A Proposal They Can’t Refuse by Natalie Caña

✿ The Last House on Needless Street by Catriona Ward

✿ The Between by Tananarive Due

Talk Chisme to Me: SFF Middle Grade Books by Latinx Authors – Loved making this list of SFF middle grade books by Latine authors for Latinx Heritage Month. I highly recommend checking them all out!

Talk Chisme to Me: Latinx Romance Authors on My Radar – I want to try to pick up more romance books by Latine authors, so I made this list of writers on my radar.

Talk Chisme to Me: 2023 Releases by Latine Authors I’m Excited For – For my final Talk Chisme to Me post for Latine Heritage Month I highlighted my most anticipated reads for the new year. There are so many amazing sounding books by Latine authors coming our way.

The Horror Movie Book Tag – I didn’t have time to do my usual October Fright posts this year, but I had fun doing a couple of tags including this one where I recommend both books and horror movies.

Hellraiser (2022) – I watched the second original Hellraiser and actually enjoyed it more than the first. I wanted to get to the third movie before the new one came out since that was the one that terrified me as a kid, but wasn’t able to. I ended up watching the new one and thought it was just okay. I feel like it lacked urgency and wanted more from the sister-brother relationship supposedly at its center.

Terrifier – I was curious and I wish I hadn’t been. This is definitely not my kind of horror movie. It was gory for gory’s sake without much substance. I’m kind of disappointed I didn’t watch more horror this month because what I did watch was kind of a letdown.

How was your October? Did you read any scary books or watch any scary movies? Which November release are you most looking forward to? Let me know in the comments and be sure to leave a link to your own wrap-up post, so I can visit!