I think the last time I did a Halloween-themed blog series was 2018. In recent years I haven’t had the time to devote myself to October Fright, but this year I am experiencing a bit of a horror renaissance. This summer I could not get enough of horror movies and recently all I have been wanting to read are horror books. I probably won’t start this list until the end of Latinx Heritage Month (October 15th), so I am treating this list as an October/November TBR. Halloween will not mark the end of my desire for all things horror and also, several of these are library holds that I am not sure I will be able to get my hands on before the month is over. Aside from horror books, I will also be indulging in horror movies which I will be sharing very soon, so be on the lookout. Covers are linked to Goodreads. 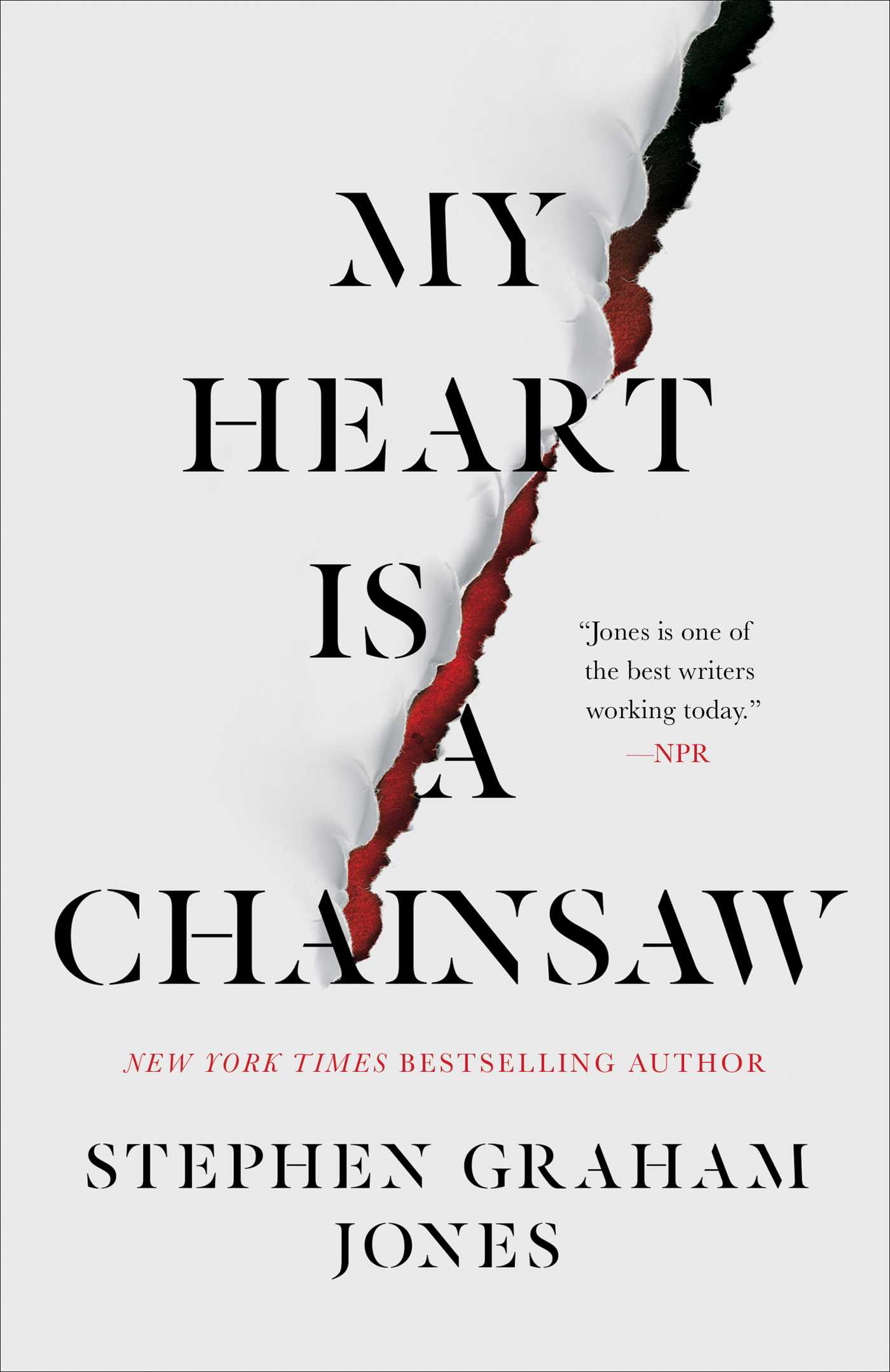 1. My Heart Is a Chainsaw by Stephen Graham Jones

“In her quickly gentrifying rural lake town Jade sees recent events only her encyclopedic knowledge of horror films could have prepared her for.
Jade Daniels is an angry, half-Indian outcast with an abusive father, an absent mother, and an entire town that wants nothing to do with her. She lives in her own world, a world in which protection comes from an unusual source: horror movies…especially the ones where a masked killer seeks revenge on a world that wronged them. And Jade narrates the quirky history of Proofrock as if it is one of those movies. But when blood actually starts to spill into the waters of Indian Lake, she pulls us into her dizzying, encyclopedic mind of blood and masked murderers, and predicts exactly how the plot will unfold.
Yet, even as Jade drags us into her dark fever dream, a surprising and intimate portrait emerges… a portrait of the scared and traumatized little girl beneath the Jason Voorhees mask: angry, yes, but also a girl who easily cries, fiercely loves, and desperately wants a home. A girl whose feelings are too big for her body.
My Heart Is a Chainsaw is her story, her homage to horror and revenge and triumph.” 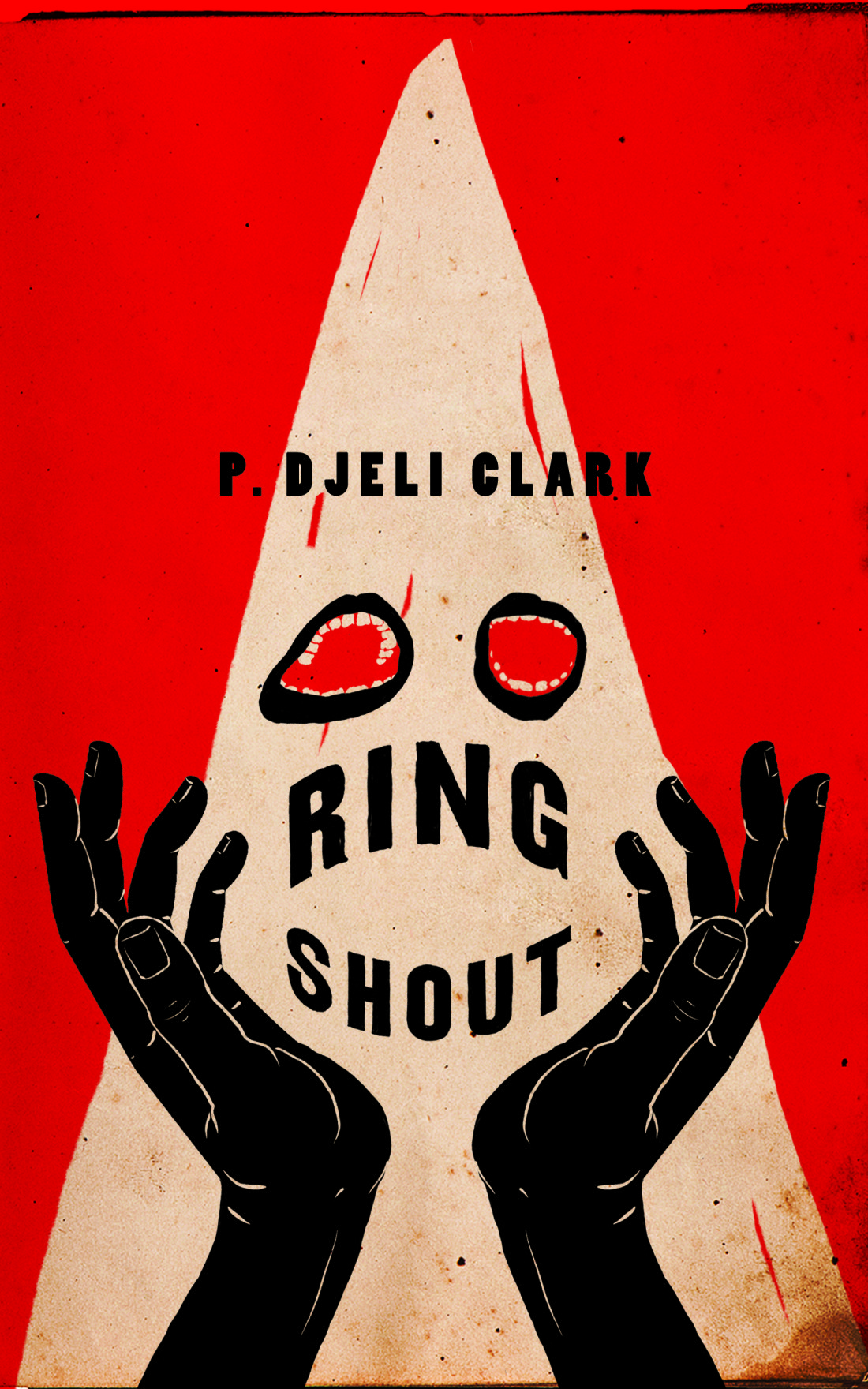 “A dark fantasy historical novella that gives a supernatural twist to the Ku Klux Klan’s reign of terror.
D. W. Griffith is a sorcerer, and The Birth of a Nation is a spell that drew upon the darkest thoughts and wishes from the heart of America. Now, rising in power and prominence, the Klan has a plot to unleash Hell on Earth.
Luckily, Maryse Boudreaux has a magic sword and a head full of tales. When she’s not running bootleg whiskey through Prohibition Georgia, she’s fighting monsters she calls “Ku Kluxes.” She’s damn good at it, too. But to confront this ongoing evil, she must journey between worlds to face nightmares made flesh–and her own demons. Together with a foul-mouthed sharpshooter and a Harlem Hellfighter, Maryse sets out to save a world from the hate that would consume it.” 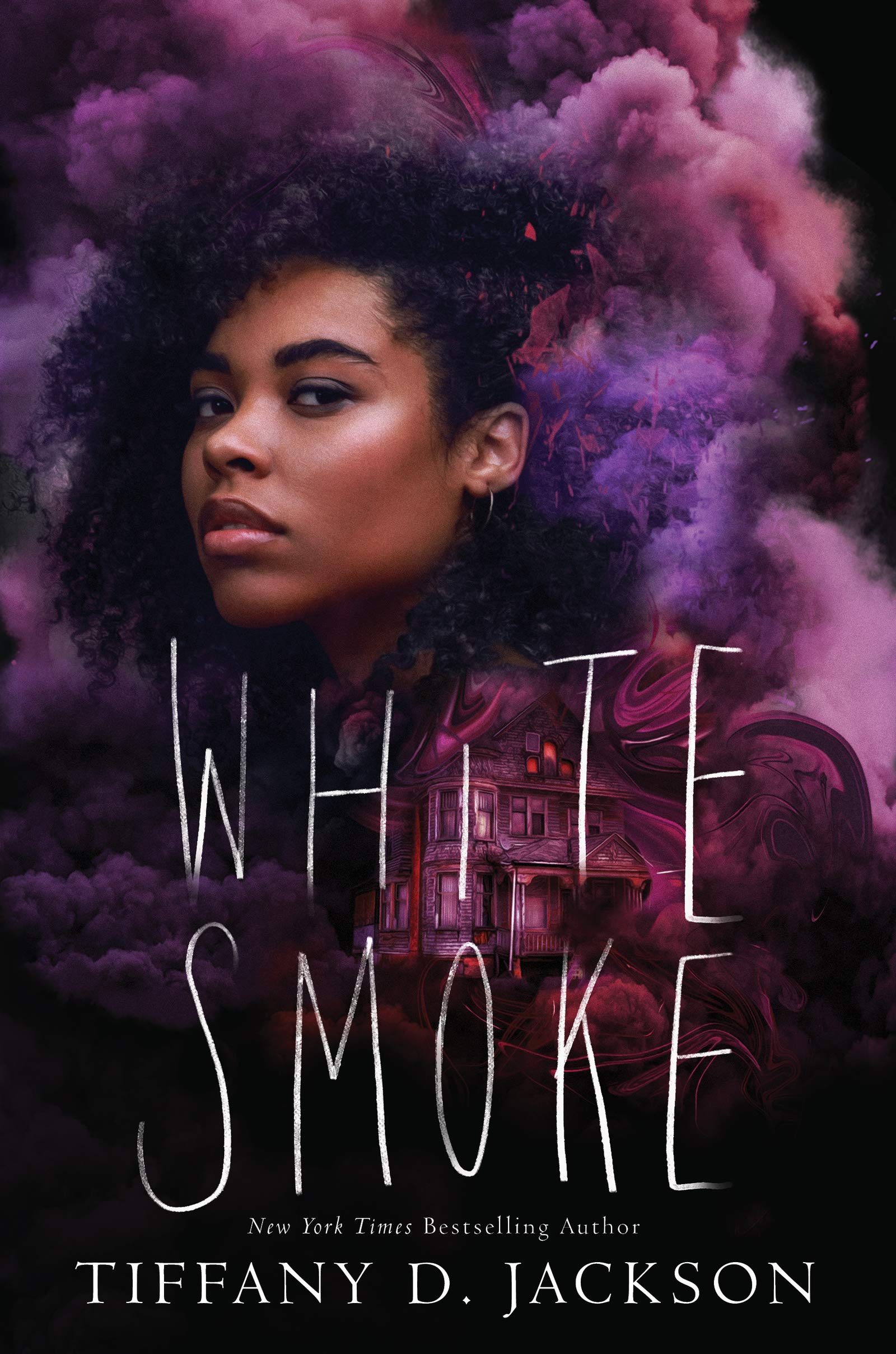 “The Haunting of Hill House meets Get Out in this chilling YA psychological thriller and modern take on the classic haunted house story from New York Times bestselling author Tiffany D. Jackson!
Marigold is running from ghosts. The phantoms of her old life keep haunting her, but a move with her newly blended family from their small California beach town to the embattled Midwestern city of Cedarville might be the fresh start she needs. Her mom has accepted a new job with the Sterling Foundation that comes with a free house, one that Mari now has to share with her bratty ten-year-old stepsister, Piper.
The renovated picture-perfect home on Maple Street, sitting between dilapidated houses, surrounded by wary neighbors has its . . . secrets. That’s only half the problem: household items vanish, doors open on their own, lights turn off, shadows walk past rooms, voices can be heard in the walls, and there’s a foul smell seeping through the vents only Mari seems to notice. Worse: Piper keeps talking about a friend who wants Mari gone.
But “running from ghosts” is just a metaphor, right?
As the house closes in, Mari learns that the danger isn’t limited to Maple Street. Cedarville has its secrets, too. And secrets always find their way through the cracks.” 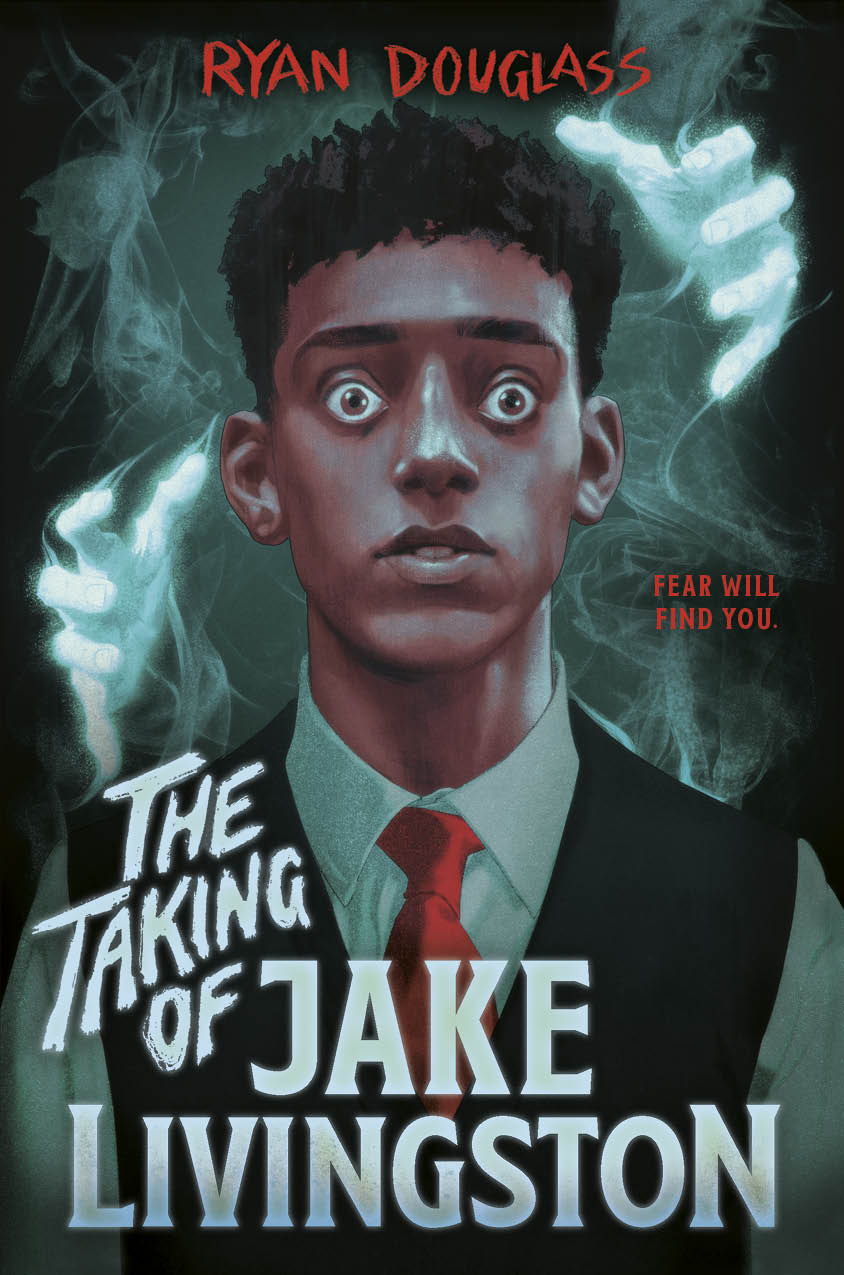 4. The Taking of Jake Livingston by Ryan Douglass

“Get Out meets Danielle Vega in this YA horror where survival is not a guarantee.
Jake Livingston is one of the only Black kids at St. Clair Prep, one of the others being his infinitely more popular older brother. It’s hard enough fitting in but to make matters worse and definitely more complicated, Jake can see the dead. In fact he sees the dead around him all the time. Most are harmless. Stuck in their death loops as they relive their deaths over and over again, they don’t interact often with people. But then Jake meets Sawyer. A troubled teen who shot and killed six kids at a local high school last year before taking his own life. Now a powerful, vengeful ghost, he has plans for his afterlife–plans that include Jake. Suddenly, everything Jake knows about ghosts and the rules to life itself go out the window as Sawyer begins haunting him and bodies turn up in his neighborhood. High school soon becomes a survival game–one Jake is not sure he’s going to win.” 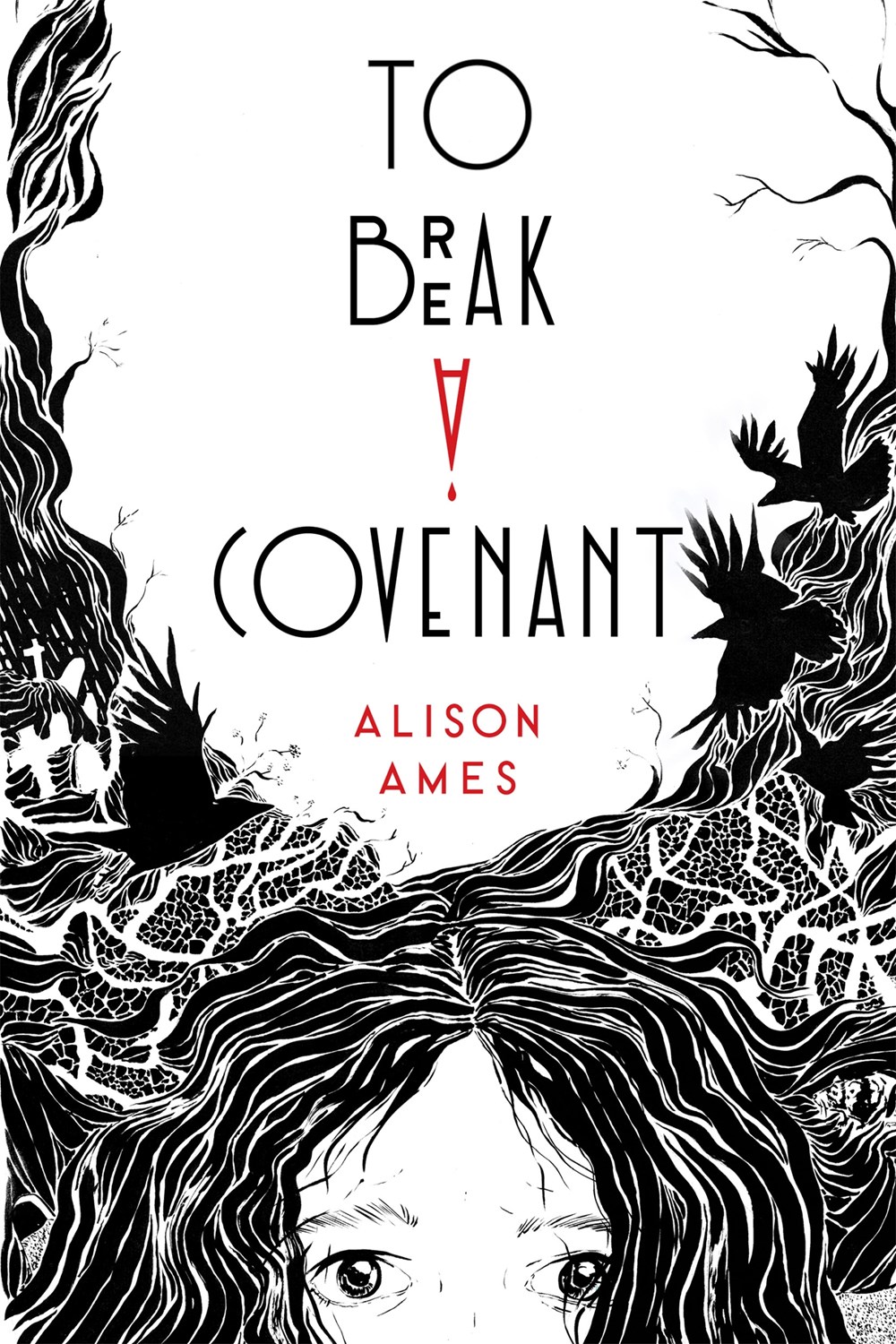 5. To Break a Covenant by Alison Ames

“Moon Basin has been haunted for as long as anyone can remember. It started when an explosion in the mine killed sixteen people. The disaster made it impossible to live in town, with underground fires spewing ash into the sky. But life in New Basin is just as fraught. The ex-mining town relies on its haunted reputation to bring in tourists, but there’s more truth to the rumors than most are willing to admit, and the mine still has a hold on everyone who lives there.
Clem and Nina form a perfect loop—best friends forever, and perhaps something more. Their circle opens up for a strange girl named Lisey with a knack for training crows, and Piper, whose father is fascinated with the mine in a way that’s anything but ordinary. The people of New Basin start experiencing strange phenomena—sleepwalking, night terrors, voices that only they can hear. And no matter how many vans of ghost hunters roll through, nobody can get to the bottom of what’s really going on. Which is why the girls decide to enter the mine themselves.” 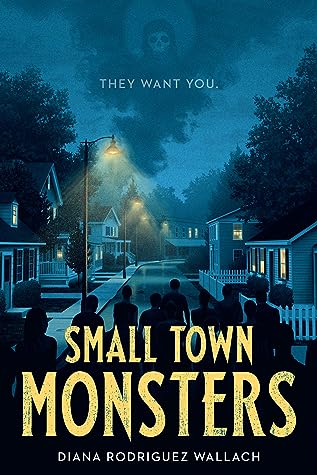 “The Conjuring meets The Vow! This terrifying paperback original tells the unputdownable story of a girl, a dark angel, and the cult hellbent on taking over her small, coastal town.
Vera Martinez wants nothing more than to escape Roaring Creek and her parents’ reputation as demonologists. Not to mention she’s the family outcast, lacking her parents’ innate abilities, and is terrified of the occult things lurking in their basement.
Maxwell Oliver is supposed to be enjoying the summer before his senior year, spending his days thinking about parties and friends. Instead he’s taking care of his little sister while his mom slowly becomes someone he doesn’t recognize. Soon he suspects that what he thought was grief over his father’s death might be something more…sinister.
When Maxwell and Vera join forces, they come face to face with deeply disturbing true stories of cults, death worship, and the very nature that drives people to evil.
Underlined is a line of totally addictive romance, thriller, and horror paperback original titles coming to you fast and furious each month. Enjoy everything you want to read the way you want to read it.”

7. Night of the Mannequins by Stephen Graham Jones

“Stephen Graham Jones returns with Night of the Mannequins, a contemporary horror story where a teen prank goes very wrong and all hell breaks loose: is there a supernatural cause, a psychopath on the loose, or both?”

Which horror books are on your TBR for this Halloween season? Have you read any of these? Let’s discuss in the comments.