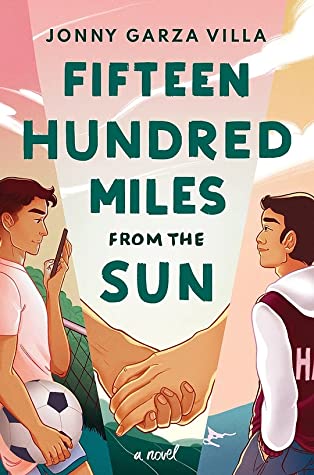 **Disclaimer: I received a copy of this book through NetGalley which does not influence my review**

“A poignant, funny, openhearted novel about coming out, first love, and being your one and only best and true self.
Julián Luna has a plan for his life: Graduate. Get into UCLA. And have the chance to move away from Corpus Christi, Texas, and the suffocating expectations of others that have forced Jules into an inauthentic life.
Then in one reckless moment, with one impulsive tweet, his plans for a low-key nine months are thrown—literally—out the closet. The downside: the whole world knows, and Jules has to prepare for rejection. The upside: Jules now has the opportunity to be his real self.
Then Mat, a cute, empathetic Twitter crush from Los Angeles, slides into Jules’s DMs. Jules can tell him anything. Mat makes the world seem conquerable. But when Jules’s fears about coming out come true, the person he needs most is fifteen hundred miles away. Jules has to face them alone.
Jules accidentally propelled himself into the life he’s always dreamed of. And now that he’s in control of it, what he does next is up to him.”

Jonny Garza Villa’s Fifteen Hundred Miles From the Sun is an addicting, swoon-worthy read about coming out and finding that happiness can exist at the end of even the darkest tunnel.