Title: The Tenth Girl
Author: Sara Faring
Series: N/A
Pages: 464
Publisher: Imprint
Release Date: September 24th 2019
**I received a free copy of this book from the publisher which does not influence my review**

“Simmering in Patagonian myth, The Tenth Girl is a gothic psychological thriller with a haunting twist.
At the very southern tip of South America looms an isolated finishing school. Legend has it that the land will curse those who settle there. But for Mavi—a bold Buenos Aires native fleeing the military regime that took her mother—it offers an escape to a new life as a young teacher to Argentina’s elite girls.
Mavi tries to embrace the strangeness of the imposing house—despite warnings not to roam at night, threats from an enigmatic young man, and rumors of mysterious Others. But one of Mavi’s ten students is missing, and when students and teachers alike begin to behave as if possessed, the forces haunting this unholy cliff will no longer be ignored.
One of these spirits holds a secret that could unravel Mavi’s existence. In order to survive she must solve a cosmic mystery—and then fight for her life.”

In 1978 Argentina Mavi Quercia makes the trek to the cold region of Patagonia where a teaching post has been made available at Vaccaro School, a finishing institution for young girls. Mavi hopes here she can escape her past, to outrun the people who hunted down her mother. As Mavi begins to find her place amongst the staff and students, she begins to suspect that Vaccaro School is not the charming, antiquated establishment it looks to be on the outside, but may house spirits who roam the abandoned halls at night, feeding off the inhabitants. As children begin to fall ill and unexplained disappearances befall the school, Mavi races to find answers, but the truth threatens to unravel her world.

With her debut The Tenth Girl, Sara Faring builds a memorable setting and a twisted story that is sure to get readers talking. The setting for this one is unsettling and yet still draws you in. Vaccaro School has a very Gothic feel. Its history is woven into its very fabric. It’s dark, dilapidated, and has secrets it would rather not be discovered. While the backdrop for The Tenth Girl is beautiful and awe-inspiring, Vaccaro School is very isolated. Once Mavi arrives, her only source of human contact is with the other inhabitants. For better or for worse, they become her whole world and when things begin to take a turn, her list of allies is limited. There is a growing sense of imprisonment as Mavi begins to learn that not only is the school haunted by unseen forces, but the odds of escaping dwindle with each passing day.

Though the synopsis focuses on Mavi, there is a second point of view weaved throughout the story. Angel is one of these spirits who haunts the school. Like Mavi, he is also trying to outrun his past and when he possesses the body of the owner’s son, he soon finds a kindred spirit in the young English teacher. But the more invested he becomes in her life and the lives of those at Vaccaro School, the more difficult it is to detangle himself from what is happening. He isn’t quite ready to accept that he is like the others who skulk about, looking to feed off innocent victims, but in order to help Mavi, he will have to confess the truth, even if the truth means no one gets a happy ending. The novel does have issues with its Indigenous representation. The story hinders on the Zapuche tribe casting a curse on the land Vaccaro school was built on. It’s a problematic depiction that includes references to human sacrifice and with no Zapuche characters among the cast, it feels like they are almost mythical rather than a people who were forced from their land because of colonization.

The Tenth Girl is a slow-paced horror that does not give up its secrets easily. Surprising and at times unnerving, this debut will make the insightful reader think twice about what they are reading.

This book is so photogenic and I love that it’s fall because it feels like the perfect time to take photos of this creepy read. You can also find these photos on my Instagram here. 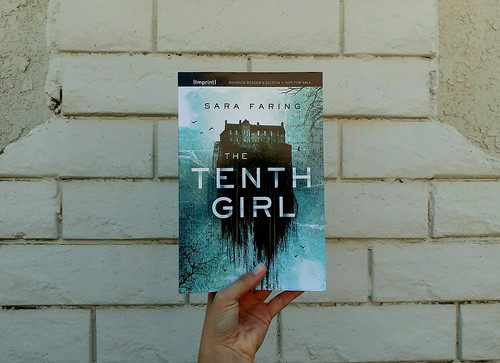 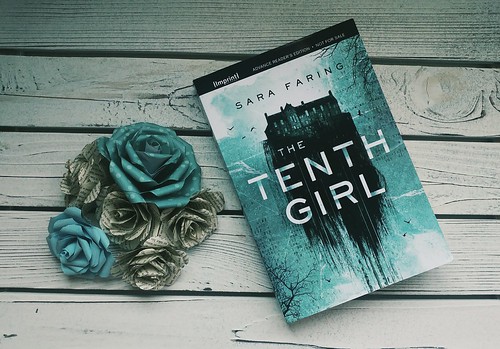 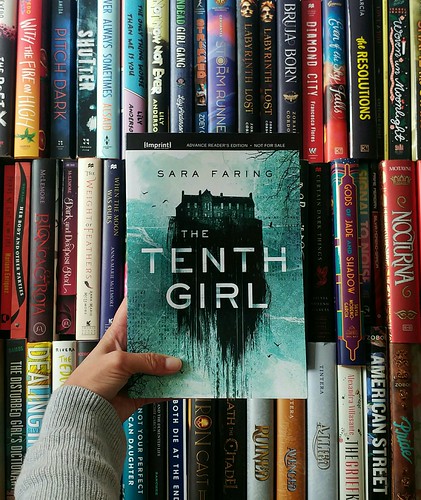 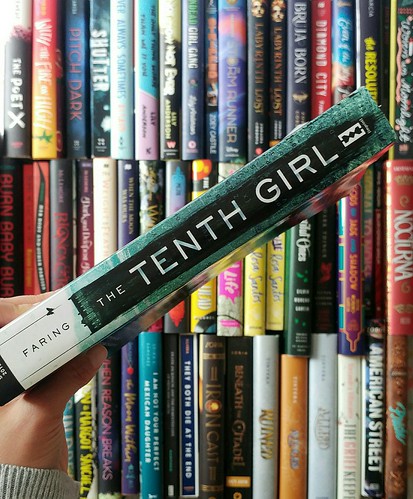