I have a set of very different books for you for this round of mini-reviews. These are both titles that I’ve been meaning to get to for a while and I’m glad I finally found the time to pick them up. Everyone has been raving about S.A Chakraborty’s The City of Brass and I’m so happy to have finally met these characters. Gabi, a Girl in Pieces by Isabel Quintero has been on my TBR for years. With the start of Latinx Heritage Month coming, I wanted to finally get to this one in early September. I am very disappointed in myself for not picking it up sooner. You can read my thoughts on these two titles a little more in depth below. Covers below are linked to Goodreads.

“Nahri has never believed in magic. Certainly, she has power; on the streets of 18th century Cairo, she’s a con woman of unsurpassed talent. But she knows better than anyone that the trade she uses to get by—palm readings, zars, healings—are all tricks, sleights of hand, learned skills; a means to the delightful end of swindling Ottoman nobles.
But when Nahri accidentally summons an equally sly, darkly mysterious djinn warrior to her side during one of her cons, she’s forced to accept that the magical world she thought only existed in childhood stories is real. For the warrior tells her a new tale: across hot, windswept sands teeming with creatures of fire, and rivers where the mythical marid sleep; past ruins of once-magnificent human metropolises, and mountains where the circling hawks are not what they seem, lies Daevabad, the legendary city of brass, a city to which Nahri is irrevocably bound.
In that city, behind gilded brass walls laced with enchantments, behind the six gates of the six djinn tribes, old resentments are simmering. And when Nahri decides to enter this world, she learns that true power is fierce and brutal. That magic cannot shield her from the dangerous web of court politics. That even the cleverest of schemes can have deadly consequences.
After all, there is a reason they say be careful what you wish for…”

“A hot breeze swept past her cheeks, and Nahri lifted her eyes. The cliffs were on fire; the wet trees snapped and cracked as they burned. The air smelled poisonous, hot and seeded with tiny burning embers that swept across the dead landscape and twinkled above the dark river.”

S.A. Chakraborty’s The City of Brass is an all-encompassing fantasy with great characters and a world that’s spellbindingly brilliant. Orphaned and penniless, Nahri has managed to survive on the streets of Cairo, stealing and swindling her marks out of money. When she inadvertently summons a dangerous djinn, Nahri discovers the fantastical stories she grew up hearing are rooted in truth. Chakraborty’s world is deliciously multilayered and I loved that with every page, we discovered something new. Nahri was an easy character to like. She’s cunning and resourceful; she wants more than what life has dealt her and is willing to do what is needed to get it. I really enjoyed Dara, not just because he’s the kind of brooding character I’m immediately drawn to, but because like Nahri, he is also thrown into a world he doesn’t quite understand. The world as Dara left it has shifted. His people are no longer in control of the city of Daevabad; instead, the Qahtani, a djinn family, have taken over. The royal family have tried to find a balance in their city between djinn, daeva, and the shafit (offspring of djinn and humans). Their methods are not always humane. Ali is King Ghassan’s second son, both a scholar and a warrior; his own convictions often pit him against his own father. Ali was often times a frustrating character. I liked that he wanted to be better than the example his father and often his brother gave him, but his self-righteousness and naivete made me want to shake him by the shoulders. Chakraborty does a fantastic job giving voice to every side in this story. The internal conflict in Daevabad is not new and the characters’ decisions have far reaching consequences. The City of Brass is a perfect read for those looking for a dynamic fantasy and complex characters. 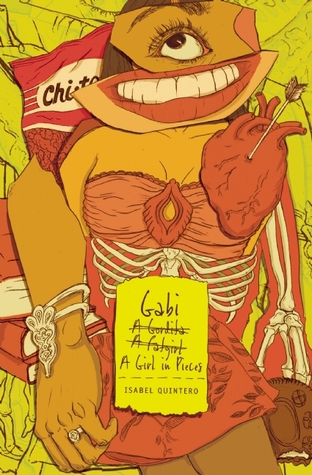 “Gabi Hernandez chronicles her last year in high school in her diary: college applications, Cindy’s pregnancy, Sebastian’s coming out, the cute boys, her father’s meth habit, and the food she craves. And best of all, the poetry that helps forge her identity.
July 24
My mother named me Gabriella, after my grandmother who, coincidentally, didn’t want to meet me when I was born because my mother was unmarried, and therefore living in sin. My mom has told me the story many, many, MANY, times of how, when she confessed to my grandmother that she was pregnant with me, her mother beat her. BEAT HER! She was twenty-five. That story is the basis of my sexual education and has reiterated why it’s important to wait until you’re married to give it up. So now, every time I go out with a guy, my mom says, “Ojos abiertos, piernas cerradas.” Eyes open, legs closed. That’s as far as the birds and the bees talk has gone. And I don’t mind it. I don’t necessarily agree with that whole wait until you’re married crap, though. I mean, this is America and the 21st century; not Mexico one hundred years ago. But, of course, I can’t tell my mom that because she will think I’m bad. Or worse: trying to be White.“

I am mentally kicking myself for not picking up Isabel Quintero’s Gabi, a Girl in Pieces sooner. This contemporary features one of the most genuine voices I’ve come across, handling difficult issues with honesty and care, with representation that spoke directly to this Latina reader. Gabi Hernandez is many things. Best friend. Daughter. Sister. Fat girl. Mexican-American. In her senior year of high school, Gabi is trying to juggle all her different identities while simultaneously not disappointing her mother and not letting her father’s meth addiction take her whole family down with him. Told in diary entries, Quintero’s novel feels intimate and personal. Gabi feels fully-fleshed out; she’s candid, self-depreciating, and had me laughing out loud on several occasions. So many of these characters felt familiar from the eccentric tía to the judgmental mother. The novel addresses teen pregnancy, homophobia, being the child of an addict, and gender roles in the Latinx community. I loved that Gabi found a creative outlet in her poetry and found it really rewarding to see how her poetry matures over the course of the novel. Gabi, a Girl in Pieces is the kind of novel I wish I had as a teen as several of Gabi’s hopes and fears felt like my own. TW: homophobia, fatphobia, slut shaming, rape, and drug use.

27 thoughts on “Mini Reviews: The City of Brass + Gabi, a Girl in Pieces” 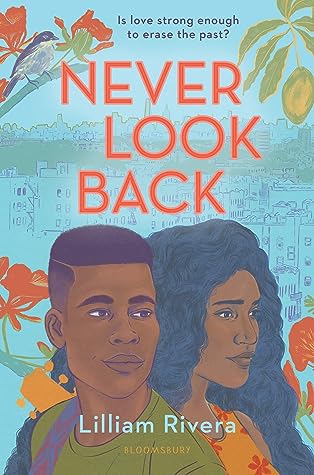