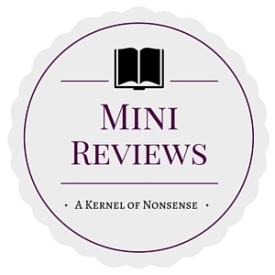 It doesn’t happen often, but I love when you revisit a book that you didn’t love the first time around, only to discover how enjoyable it is upon a second reading. I reread Tarun Shanker and Kelly Zekas’s These Vicious Masks a couple of months ago because I had bought the second from Book Outlet and didn’t want to give up on the series even though the first didn’t blow me away. But with a reread, I ended up falling in love with the story and characters. And after finishing the second, I felt the pressing need to buy the third. It only seems appropriate to pair the final two books together in this edition of mini-reviews. Covers below are linked to Goodreads. 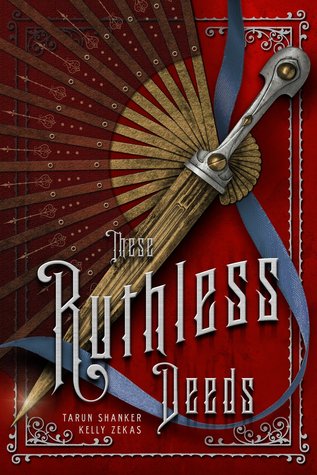 “England, 1883. Still recovering from a devastating loss, Evelyn is determined to use her powers to save other gifted people from those who would harm them. But when her rescue of a young telekinetic girl goes terribly wrong, Evelyn finds herself indebted to a secret society devoted to recruiting and protecting people like Evelyn and her friends.
As she follows the Society’s orders, healing the sick and embarking on perilous recruitment missions, Evelyn sees her problems disappear. Her reputation is repaired, her friends are provided for, and her parents are newly wealthy. She reunites with the dashing Mr. Kent and recovers the reclusive Mr. Braddock (who has much less to brood over now that the Society can help him to control his dangerous power). But Evelyn can’t help fearing the Society is more sinister than it appears…”

“Perhaps grief was my companion now, to be dragged behind me as intrusive and burdensome as a heavy trunk.”

I recently revisited Tarun Shanker and Kelly Zekas’s These Vicious Masks and ended up enjoying their historical fantasy debut so much more the second time around, so much so that I immediately dove into the second installment, These Ruthless Deeds. Upon discovering that she, along with others, are gifted with special abilities, Evelyn Wyndham soon discovered the lengths people will go to to control those with unusual powers. Still reeling from the loss her sister Rose and the disappearance of the enigmatic and alluring Sebastian Braddock, Evelyn throws herself into doing the only thing she is sure of: rescuing others like herself. Her mission leads her to the mysterious Society of Aberrations, a team of gifted individuals who recruit those like Evelyn and help them develop and control their abilities. With new and old friends at her side, Evelyn soon discovers that nobody, including this Society, is what it seems. I love how willful and stubborn Evelyn is. She can’t afford to be easily taken in because of what happened to her sister, but still holds out hope that those like herself can find a place in this world. Sebastian remains one of my favorites in the series. Tormented by his ability to absorb energy from others, causing illness and even death, Sebastian is always trying to outrun himself. The prospect of learning to control his abilities is almost too good to be true, but Sebastian is desperate. I loved every scene with Evelyn and Sebastian. Not only do their powers cancel the other’s out (Evelyn having the ability to heal), but their personalities compliment one another. Evelyn and Sebastian have an undeniable chemistry that had me on the edge of my seat, waiting for them to finally figure things out between the two of them. Another standout character for me is the charming Mr. Kent. I loved all the humor he brought to the story and though I do wish he would have realized sooner that Evelyn only wanted friendship from him, his presence brought much-needed lightheartedness to the novel. These Ruthless Deeds ends with quite a bang which had me scrambling to buy the third. Please note that a character does contemplate suicide in this installment. 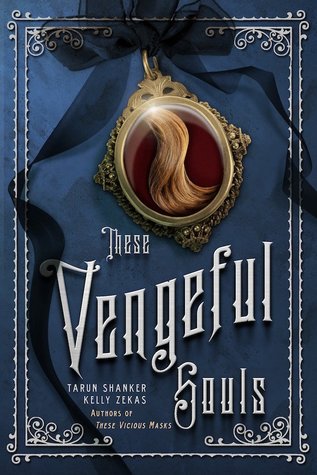 “England, 1883. On the run with the grieving Sebastian Braddock, Evelyn wants two things: to be reunited with her friends, and to get revenge on the evil Captain Goode. Not only has he misused his and Sebastian’s powers to rack up a terrible death toll, but he’s also completely destroyed any hope of Evelyn or her friends regaining the life they once knew.
Evelyn is determined to make Captain Goode pay for what he’s done, but is her revenge worth risking the lives of Sebastian and her friends? Or is it better to flee the city and focus on staying alive? And with the Captain spreading lies about Sebastian in an attempt to flush them out of hiding and turn the populace against them, does she even have a choice at all?”

These Vengeful Souls, the final book in Tarun Shanker and Kelly Zekas’s historical fantasy series, These Vicious Masks, is packed with action as Evelyn and company make one last stand against the nefarious Captain Goode. There’s an added wrinkle in this final book where the public has become aware of individuals with these amazing and dangerous abilities. Goode uses people’s fears to turn them against Sebastian in particular and the handful of allies he has left. Both Evelyn and Sebastian carry loads of guilt; Sebastian because his power was manipulated, resulting in ballroom full of dead people and Evelyn because she had a chance to stop it, but chose to save her sister. Evelyn wants to put an end to the war between Goode and those who no longer wish to be his pawns. Unfortunately, Evelyn is prone to rash decisions, driven by love and a need to protect those around. She often chooses to go in alone rather than put her friends in danger. Despite mistakes Evelyn makes in this one, I loved that she eventually got to a place where she learned to trust those around her to help her in taking down Goode. Seeing Evelyn and minor characters like Rose, Mr. Kent, Miss Chen, etc, come together and work as a team was really rewarding. It’s a testament to their development as characters. I feel like Sebastian never really got a moment to breath throughout this series and I really wanted this for him. It’s hard to blame him for brooding all the time when he never really had much to celebrate. I really wanted to see him get a handle of his powers and in general, I wanted to see more happy moments for all the characters, but that probably says more about my attachment to them than anything else. Overall, this has been a really enjoyable historical fantasy series that I’d recommend to fans of the genre.

14 thoughts on “Mini Reviews: These Ruthless Deeds + These Vengeful Souls”