I decided to do something a little different in July and wrote mini reviews for all the books I read. This week I have two mini-reviews for fantasy novels, one of which I enjoyed way more than the other. Covers below are linked to Goodreads.

“In every generation on the island of Fennbirn, a set of triplets is born—three queens, all equal heirs to the crown and each possessor of a coveted magic. Mirabella is a fierce elemental, able to spark hungry flames or vicious storms at the snap of her fingers. Katharine is a poisoner, one who can ingest the deadliest poisons without so much as a stomachache. Arsinoe, a naturalist, is said to have the ability to bloom the reddest rose and control the fiercest of lions.
But becoming the Queen Crowned isn’t solely a matter of royal birth. Each sister has to fight for it. And it’s not just a game of win or lose…it’s life or death. The night the sisters turn sixteen, the battle begins.
The last queen standing gets the crown.“

“Looking into the mirror, she imagines her body in pieces. Bones. Skin. Not enough blood. It would not take much to break her down to nothing, to strip away scant muscles and pull the organs out to dry in the sun. She wonders often whether her sisters would break down similarly. If underneath their skin they are all the same.”

Kendare Blake’s Three Dark Crowns starts off promising, but its muddle storylines in the end left a sour taste in my mouth. I really appreciate novels that focus on sisters because it’s a great opportunity for an author to explore these complex relationships. Unfortunately, this isn’t exactly what I got with Three Dark Crowns. Every generation triplets are born to the queen and they spend their formidable years apart until their sixteen birthday when they must fight until only one of them is left standing. Katharine, Arsinoe, and Mirabella have been raised apart under the influence of some of the most powerful players on the island of Fennbirn. Though one of them is destined to become queen, who they are and how the navigate the world has been influenced by people who have their own interests in mind. In many ways, these three girls are the least influential players in their own lives. I loved how distinct each sister is from one another and in the beginning, what held my attention was the character study of each. Katharine, though weak in many people’s eyes, is surprisingly ruthless; Arsinoe hides behind a mask of indifference, but has earned the unshakable loyalty of many; Mirabella who is one the most powerful elementals to be born has a very soft heart. About half way through the book, I began to lose interest. At times the novel spent far too much time on its minor characters and although I appreciated this scope, it was at the detriment of its main characters. There was one particular romantic relationship that really derailed this novel for me, both figuratively and literally. I’m still shaking my head at how little preamble there was and wished this novel had focused more on the relationship between the sisters.

“Caroline Oresteia is destined for the river. For generations, her family has been called by the river god, who has guided their wherries on countless voyages throughout the Riverlands. At seventeen, Caro has spent years listening to the water, ready to meet her fate. But the river god hasn’t spoken her name yet—and if he hasn’t by now, there’s a chance he never will.
Caro decides to take her future into her own hands when her father is arrested for refusing to transport a mysterious crate. By agreeing to deliver it in exchange for his release, Caro finds herself caught in a web of politics and lies, with dangerous pirates after the cargo—an arrogant courier with a secret—and without the river god to help her. With so much at stake, Caro must choose between the life she always wanted and the one she never could have imagined for herself.“

“Once we reached the murky dark of the opposing riverbank, I didn’t stop. I rowed so hard it sent up a swirling wake behind our stern. My heart pounded and my blood rang hot. The rain fell in torrents, trickling down the collar of my jacket and into my sleeves. The knit cap kept my ears warm, but my fingers were clammy and half-numb.”

Sarah Tolcser’s debut novel Song of the Current is a swashbucking adventure where a young woman discovers that fate has more in store for her than she ever imagined. Caro Oresteia grew up on the water. The Cormorant isn’t just a wherry, it’s her home and her destiny to take over for her father as captain one day. Her life takes a unexpected turn when her father is taken captive and Caro agrees to deliver a mysterious box in exchange for his release. Caro’s resolve is tested throughout her journey. She discovers more about herself and what she is willing to sacrifice for the people she cares about. I really enjoyed Caro as a character and loved that so much of the novel focused on who she was, her complicated feelings when it came to her mother and heritage, and the internal struggle she has with accepting her fate. I don’t want to give too much away when it comes to her romantic interest, but I loved that although the two characters immediately clash, they eventually develop a mutual respect for one another and they both challenge the other to see the world differently. I was really impressed by Tolcser’s writing considering this is a debut, her descriptions really brought this one to life. The minor characters were also really interesting and I’m particularly curious to learn more about Caro’s cousin Kenté. Song of the Current is a fun fantasy with a touch of romance and magic that’s sure to intrigue fans of the genre. 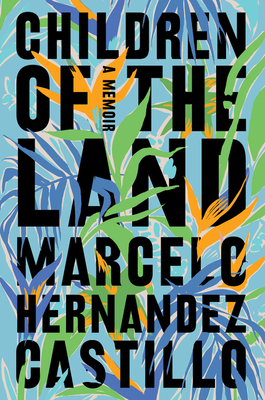