“Brooklyn Stevens sits in a pool of her own blood, tied up and gagged. No one outside of these dank basement walls knows she’s here. No one can hear her scream.
Sofia Flores knows she shouldn’t have gotten involved. When she befriended Riley, Grace, and Alexis on her first day at school, she admired them, with their perfect hair and their good-girl ways. They said they wanted to save Brooklyn. They wanted to help her. Sofia didn’t realize they believed Brooklyn was possessed.
Now, Riley and the girls are performing an exorcism on Brooklyn—but their idea of an exorcism is closer to torture than salvation. All Sofia wants is to get out of this house. But there is no way out. Sofia can’t go against the other girls . . . unless she wants to be next. . . “

“The water hits my face like a slap. My eyes fly open, and on instinct I inhale, immediately flooding my lungs. I choke, releasing deep, hacking coughs that fill the water with bubbles and cloud my vision.”

Danielle Vega’s The Merciless doesn’t excel when it comes to characterization, but its plot kept me glued to the pages. Sofia Flores is used to being the new kid and after a particularly difficult time fitting in at her last school, she’s surprised to find the popular girls at her new school interested in her. There isn’t much build up when it came to this new friendship. We learn that Riley, Alexis and Grace are the pretty, popular girls everyone wants to be or befriend. Unfortunately, I never understood why this was the case with these three. The author dives head first into the story with very little development of her characters. We do get a glimpse of who these three are as the story moves along, and while Vega introduces certain revelations about them that are meant to be shocking, it was hard to feel surprised when I had very little knowledge of who they are in the beginning.

The protagonist Sofia has much more depth compared to the other characters. We learn that she moves around a lot, that she was bullied at a previous school, and that her grandmother is a really important part of her life. The problem I had with Sofia’s character is how quickly she becomes invested in Riley and her crew. It would be easy to chalk it up to her need to feel accepted, but I wondered about her lack of good judgment. Some of the behavior exhibited by Riley and her friends was so alarming, I could not believe that there was any part of Sofia that still wanted to be accepted by them.

The plot of the story is driven by the religious fanaticism exhibited by Riley and replicated by her friends. I don’t think enough time was spent on the mindset of this character. She was clearly a hypocrite, but I would have liked to have seen more of her thought process because her twisted logic plays a major role in creating conflict. She, along with her friends and particularly Alexis, displayed a lot of troubling behavior that I wish had been given more context. Sofia herself wasn’t particularly religious, but her relationship with her grandmother made her curious about Riley’s brand of religion. This is another element of the novel that I wanted to hear more about as Sofia gives us brief glimpses of her first exposure to exorcism through the stories of her grandmother.

If you pick up The Merciless, don’t expect to become emotionally invested in the characters, but its fast-paced plot will keep your attention and its often frightening scenes will compel you to finish.

17 thoughts on “The Merciless by Danielle Vega” 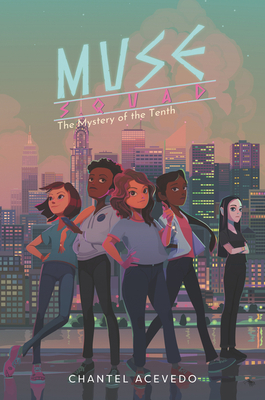